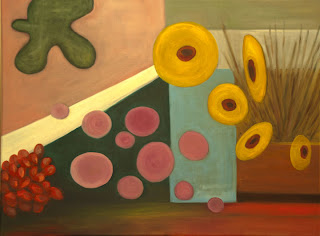 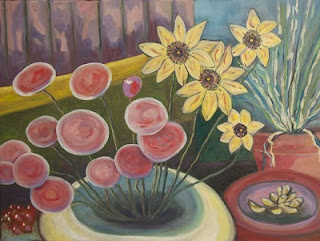 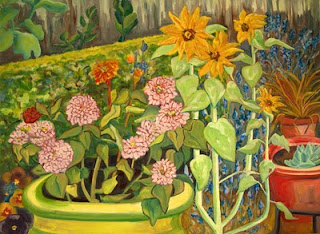 Posted by Lucy Autrey Wilson at 11:49 AM No comments:
Email ThisBlogThis!Share to TwitterShare to FacebookShare to Pinterest
Labels: Lucy Ellen Autrey (LEA) Art

The Ladybugs and the Daisys Version 2 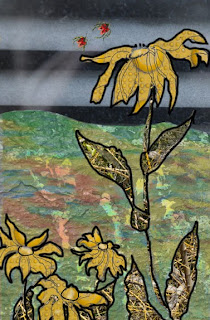 The Ladybugs and the Daisys 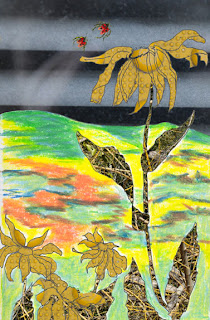 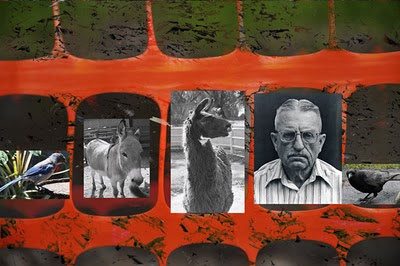 Why I Try Not to Invest in Mutual Funds 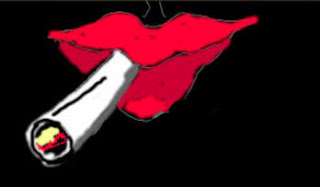 In the recent April 2011Vanity Fair poll, 54% of all respondents said Tobacco was the least likely industry in which they would invest their money.  But guess what?  They probably are invested in Tobacco through their pensions, 401ks, IRAs or college funds.  And, in addition to owning a product they don't approve of, they are paying from 1% to 2% in fees for the favor.

Altria Group Inc., which owns Philip Morris, is a favorite of large investor funds and institutions including VA CollegeAmerica, Capital Research Global Investors, Vanguard 500 Index Investors, State Street Corp, Vanguard Group, Blackrock, and on and on.  Details on the stock and its owners can be found at Morningstar.com. (see quote for MO to get Altria details).

When I was blogging about death statistics for the book Cause of Death, I became more aware than ever how bad cigarettes are.  In fact, a high % of medicare costs could probably be attributed to tobacco since it is often the culprit behind most cancers.  So, the last thing I want to do is own the company that manufactures and sells this poison.  And the only way to do that is to stay away from the funds that own it. 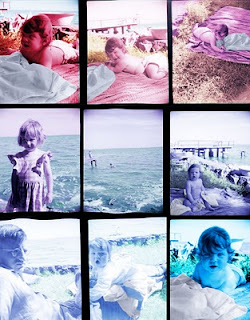 Playing around with old photos for the book project "Growing Up Autrey."  These are from Lake Winnebago in Wisconsin, summer of 1949. Photos by E.A. Autrey, Photoshop tints, masks and other adjustments by me.
Posted by Lucy Autrey Wilson at 11:56 AM No comments:
Email ThisBlogThis!Share to TwitterShare to FacebookShare to Pinterest
Labels: E.A. Autrey photos, Lucy Autrey Wilson Photo Composites 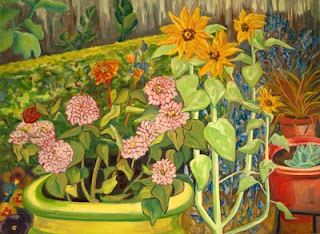 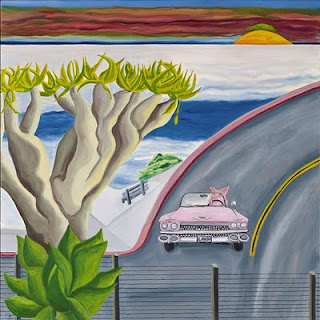 National Pig Day was started in 1972, according to this article in the Huffington Post.  So, I thought it an appropriate time to celebrate P.C. Pig and her antique cars from these three 36" x 36" oil paintings I did of the Green Flash in La Jolla, California.  These paintings now reside in Seattle at the home of the Autrey Wilson Taylors which makes it even nicer to visit there! 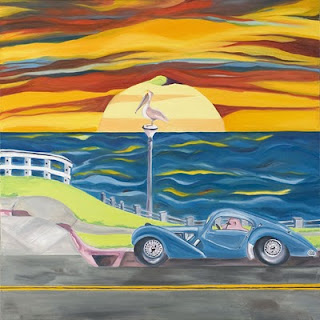 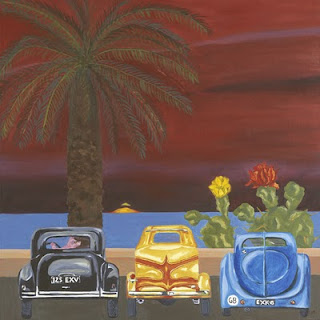