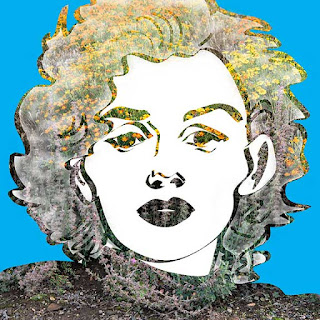 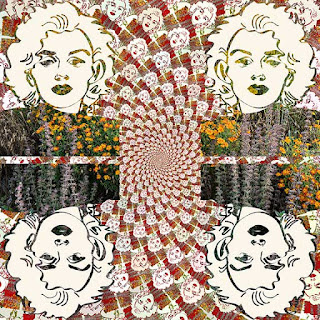 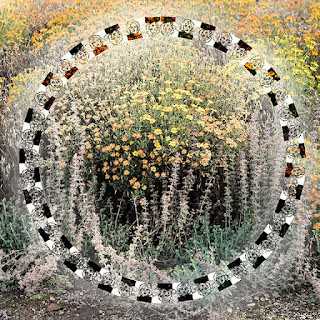 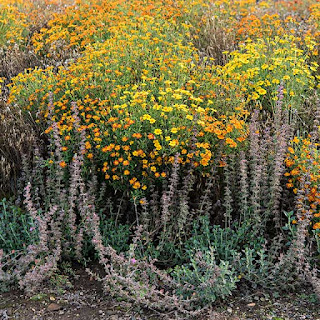 I've been compulsively editing my best floral photographs, out of the thousands I've taken since I went digital.  This has given me the opportunity to not only go down memory lane, but to experiment with as many digital techniques as I can come up with to try to bring out the essence of each photo. Lately, I discovered a pattern feature in Photoshop CC I was unaware of.  Having done some fabric design previously, it was with excitement I realized I could create offset patterns in Photoshop using my illustrator art.  This has opened a whole new area in which to play.  In these four pictures I started with a beautiful field of flowers shot in Salem, Oregon in 2016 (bottom).  Moving up from there, I've combined the original photo with three alternate patterns based on my Marilyn Monroe vector drawing.
Posted by Lucy Autrey Wilson at 7:50 PM No comments: Links to this post
Email ThisBlogThis!Share to TwitterShare to FacebookShare to Pinterest
Labels: art photography, digital art, experimental art, Lucy Autrey Wilson Photos, Marilyn Monroe, patterns, photography, photoshop
Newer Posts Older Posts Home
Subscribe to: Posts (Atom)