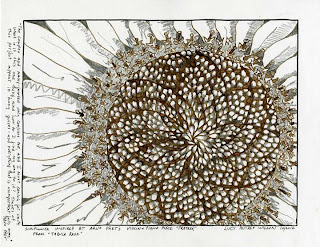 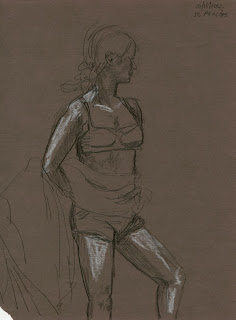 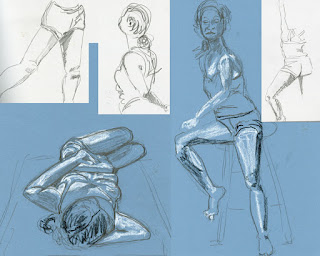 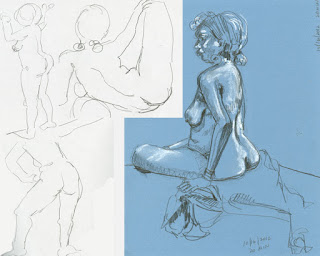 Listening to the piano and violin in Arvo Part's Tabula Rasa was the inspiration for the sunflower close-up, an assignment in art class to create a drawing based on another medium.  The quicker drawings of live models, done in class, were aided by a great selection of CDs playing in the background.  Art can be inspired by music and music can be inspired by art, in a beautiful synchronicity.
Posted by Lucy Autrey Wilson at 5:31 PM No comments: Links to this post
Email ThisBlogThis!Share to TwitterShare to FacebookShare to Pinterest
Labels: arvo part, life drawings, Lucy Autrey Wilson art, pencil drawings, sunflower, tabula rasa 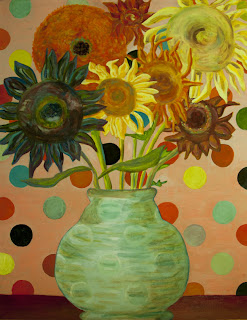 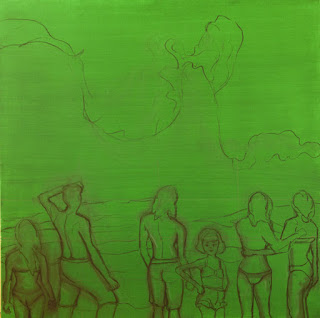 Top: "Sunflowers" is a new oil on Belgian Linen 22x28
Bottom:  Under drawing for a new oil on canvas 36x36 to be titled "The Big Wave"

The sunflowers painting was inspired by my garden and the quintessential painting by Van Gogh.  The patterned background was influenced by Japanese artist Yayoi Kusama.  Both Van Gogh and Kusama's artwork can be seen among "art I love" that I've pinned on Pinterest.com here:  http://pinterest.com/lucyawilson/art-i-love/

After pinning a lot of art on pinterest.com and now on art.sy I realized I really like figurative painting hence the choice for my next big painting "The Big Wave."  I was also influenced by a great photo of high surf in Hawaii for the choice of subject.
Posted by Lucy Autrey Wilson at 1:08 PM No comments: Links to this post
Email ThisBlogThis!Share to TwitterShare to FacebookShare to Pinterest
Labels: figurative painting, Lucy Autrey Wilson art, oil paintings, still life, sunflowers, the big wave 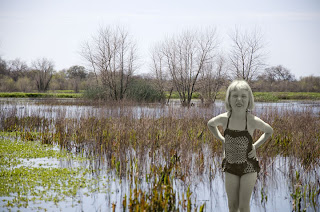 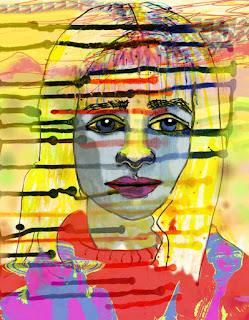 Digital Self Portrait.  Myself as a senior in high school with the two teenagers, who would greatly impact my life in the future, on my sweater.

The Taylor Twins in Silverpoint 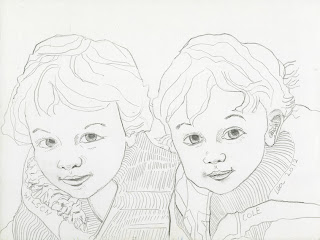 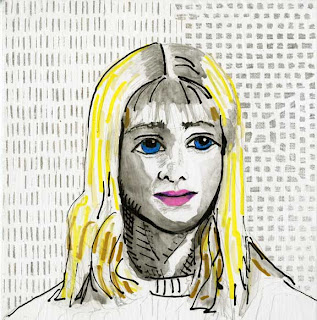 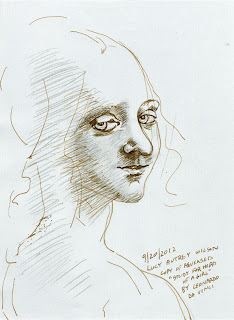 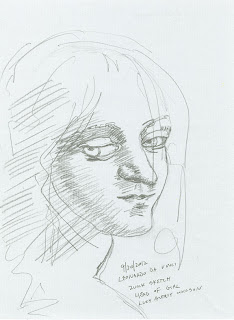 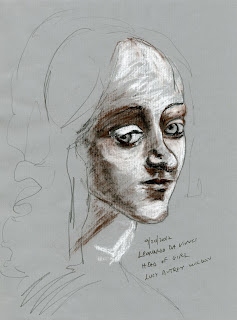 Four pictures above are examples of how to draw people.  That is, if you don't want them to look like themselves! Top photo of "High School Girl," does not resemble the model.  Bottom three sketches of a Leonardo Da Vinci drawing, look like three different girls.  Fortunately someone invented the camera.
Posted by Lucy Autrey Wilson at 5:49 PM No comments: Links to this post
Email ThisBlogThis!Share to TwitterShare to FacebookShare to Pinterest
Labels: Leonardo Da Vinci, line art, Lucy Autrey Wilson art, self portrait
Newer Posts Older Posts Home
Subscribe to: Posts (Atom)