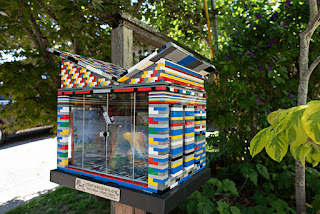 I was taking photos around town and encountered this very innovative display.  Luckily a woman was nearby and, when queried about the artist, she said she and her son had created the artwork.  Using Lego bricks, they made a very unique Little Library sculpture around the free library box in front of their house.  Love this!
Posted by Lucy Autrey Wilson at 10:44 AM No comments:
Email ThisBlogThis!Share to TwitterShare to FacebookShare to Pinterest
Labels: artwork, found art, Lego, Lucy Autrey Wilson Photos, photography, San Anselmo, street art

Out of thousands of photos shot in The Galapagos on a trip in 2017, I've selected my favorite 160 and set them to an original jazz soundtrack.
Posted by Lucy Autrey Wilson at 5:07 PM No comments:
Email ThisBlogThis!Share to TwitterShare to FacebookShare to Pinterest
Labels: birds, Ecuador, Fish, landscape, Lucy Autrey Wilson, original music, original video, photography, The Galapagos, travel, video, Wilderness Travel

A little video with a fantasy storyline and an original score.  Featuring a number of beautiful photographs, a NASA moon and some made up petroglyphs.
Posted by Lucy Autrey Wilson at 2:34 PM No comments:
Email ThisBlogThis!Share to TwitterShare to FacebookShare to Pinterest
Labels: Haydn, Lucy Autrey Wilson, moon, original music, Petroglyphs, photography, piano, short video, video 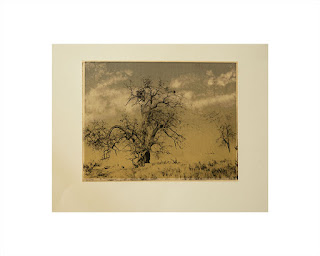 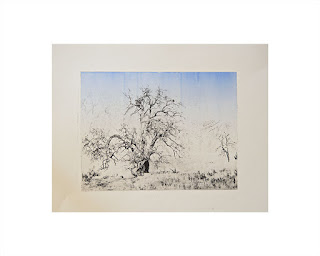 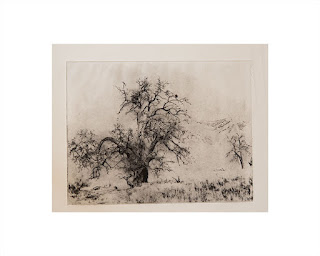 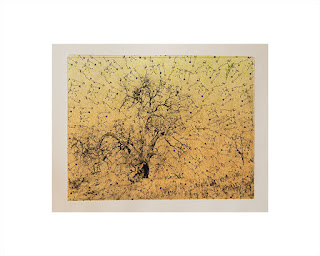 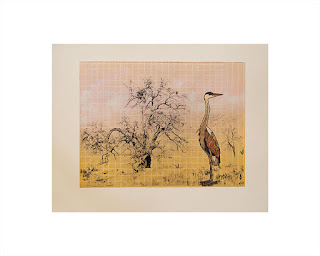 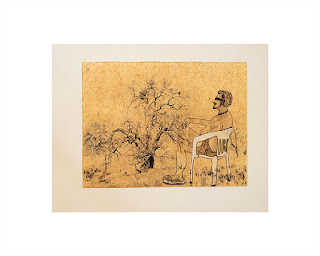 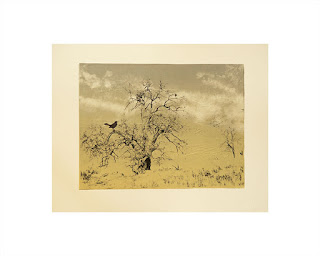 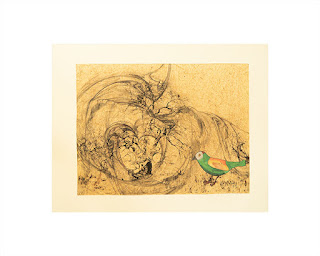 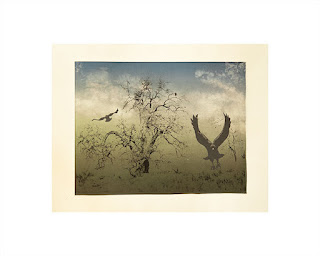 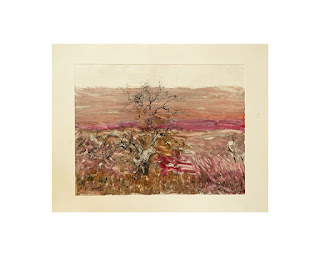 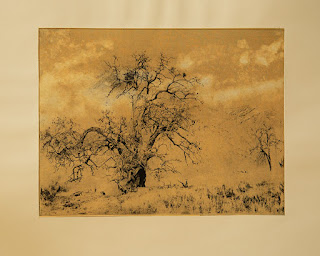 From a photo shot in the East Bay in 2016, at the Black Diamond Mines Regional Park, I created a polymer plate in a recent course taken at Kala Art Institute in Berkeley, taught by Kazuko Watanabe.  I then used that one image to create a number of prints on Fine Art Paper (Arches and Fabriano).   Most of my efforts used the process of Chine Colle (adhering pre printed Kozo and other Japanese papers with Nori paste, by placing them on top of an inked plate, then adding damp paper and running it all through a press)  In all of the images above, except for the final image, I've digitally added a mat board.

2.  A roll up on the plate of various degrees of transparent inks

6.  Chine Colle adding a drawing of a man done on a Costa Rica vacation years ago

8.  Chine Colle adding a fractal design, and a drawing of a bird done in Ibiza

What to do with photographs of grease stains, crushed apricots, running water by the sidewalk curb, and bicycle tracks on asphalt?  Make a little video with an original soundtrack!  Some of the music played on my Yamaha MX88 is part of Handel's Gavotte and Gigue from G. Henle Verlag Urtext Piano Suites and Piano Pieces, London 1733.
Posted by Lucy Autrey Wilson at 11:04 AM No comments:
Email ThisBlogThis!Share to TwitterShare to FacebookShare to Pinterest
Labels: Lucy Autrey Wilson art, original soundtrack, video

Dance of the Cymbidium Orchids to Two Bars of Handel's Passacaglia

Trees in an Artificial Sunset 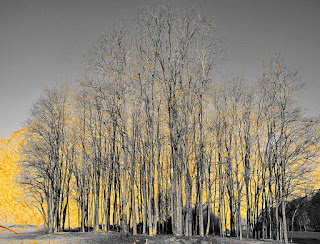