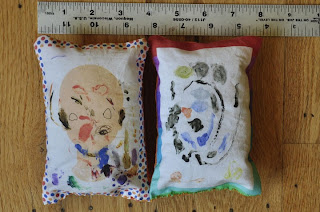 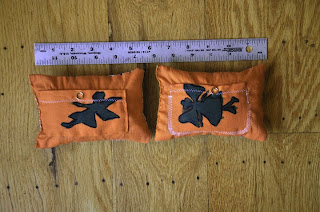 My imperfect sewing technique shows, but at least these tooth fairy pillows (based on a concept imagined by Amber Taylor) are original!   The two pillows above feature original art by twins Wilson Taylor (pillow on the left) and Cole Taylor (pillow on the right) printed on 100% cotton fabric.  The paintings were done when the twins were 3 years old.  The pillow backs feature a little snap pocket to hold a tooth and a financial reward from the tooth fairy in exchange for said tooth.  The pillow backs feature two different tooth fairy stencils painted on fabric and snaps by yours truly.
Posted by Lucy Autrey Wilson at 3:45 PM No comments:
Email ThisBlogThis!Share to TwitterShare to FacebookShare to Pinterest
Labels: art, Lucy Autrey Wilson crafts, pillows, Taylor twins, tooth fairy 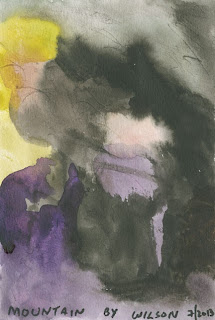 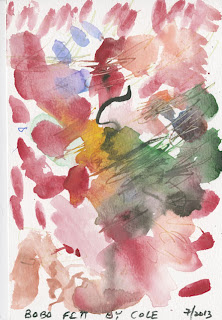 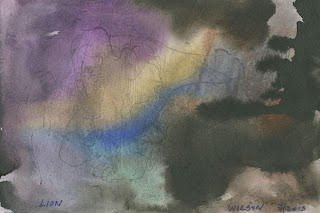 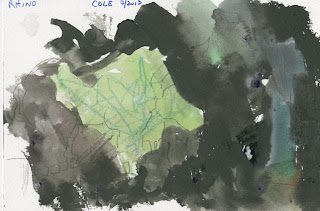 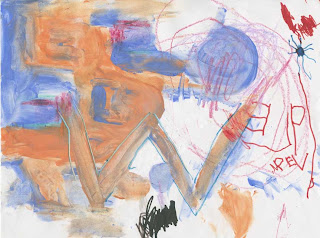 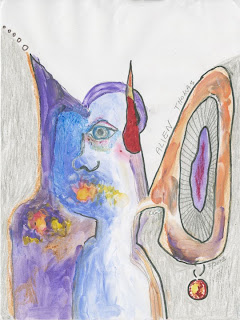 Recent artworks by twins Cole and Wilson Taylor and me (Grandma Lucy to my two 4-year old grandsons).
From top to bottom:
1.  Mountain by Wilson and Bobo Fett by Cole:  Using new birthday present watercolors.  Unlike identical twins, who seem to paint in the same style, or together (see more on famous twin painters below), Wilson and Cole have distinct painting styles.
2.  Lion by Wilson and Rhino by Cole:  More watercolors and mixed media.  The objective was to paint in and around pencil drawings I did of a lion and a rhino but the original sketches were pretty much obliterated with paint.
3.  The Big W (untitled) by Wilson:  Grandma Lucy added the W to Wilson's mixed media painting using fingerpaints and pen & ink
4.  Alien Thomas by Lucy:  With help from Cole, and named by Cole and Wilson, using mixed media and fingerpaints.

I'm always struck by how different Cole and Wilson's painting styles are.  Wilson likes to fill the page with color (often preferring black) and Cole likes to leave spaces between his dots of color.  I was curious how fraternal twin art differs from identical twin art and found the following of interest: 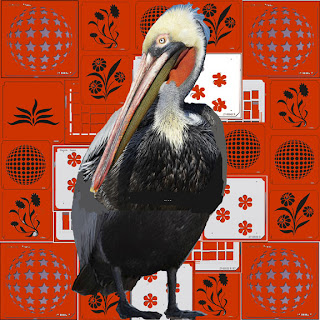